More Ways to Use Your KitchenAid® Stand Mixer 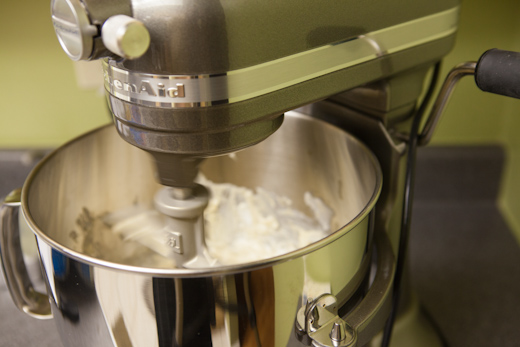 Some years back, I was taking cake decorating classes. The first thing they teach you is how to make buttercream frosting/icing. It’s fairly simple with a stand mixer but at the time I didn’t have one. I just had a hand mixer (unfortunately not a KitchenAid one) and after making buttercream with it a few times, it burned out. There was smoke in my kitchen! That’s when my husband said, I know what you want to buy, so you should just do it. I never looked back and I don’t regret it one bit! 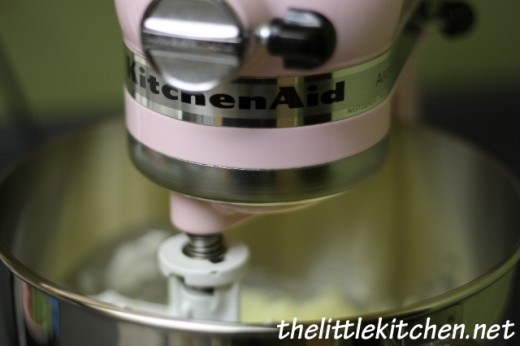 It took me a while to decide on the color but I finally settled on the pink one, which is a part of the Cook for the Cure® program, a KitchenAid program which benefits breast cancer research and funding in both the U.S. and Canada. It was only fitting because my grandmother had just finished successful treatment of her breast cancer.

Making buttercream frosting is not difficult since most of the work is being done by the stand mixer for you. The hardest part with making it is the waiting, after all of the ingredients are added, you need to let it mix constantly for about 4 to 7 minutes. It’s possible with a hand mixer but I found it hurt my hand. The first time I made buttercream frosting with my stand mixer, I was dancing around the kitchen with excitement. Seriously, it was a moment for me. (If you have ever taken cake decorating classes, you know what I mean. We had to make two to three batches of frosting a week. I gave my stand mixer a workout for the 4 courses I took!) 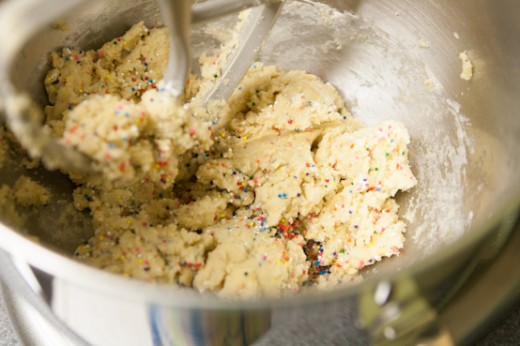 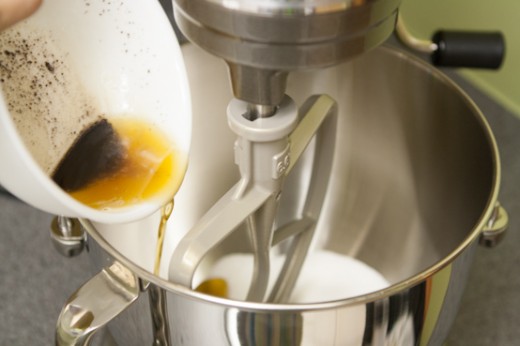 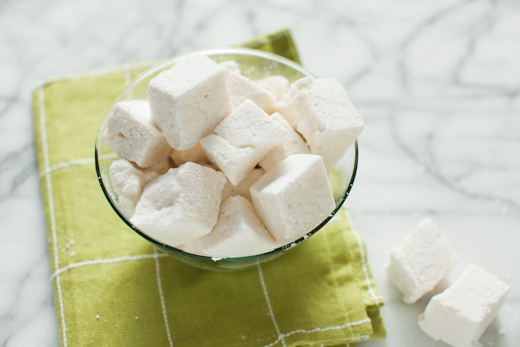 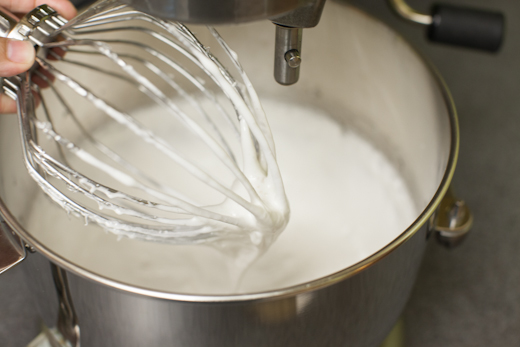 I don’t think I could do it without my stand mixer. Seriously. After cooking the liquid mixture on the stove, I just watched while my stand mixer did the work. Anddd once I made them for the first time, I wondered…why it took me so long to make marshmallows at home!

Recipe I used is from Shauna Sever.

Look at these amazing Cake Batter Marshmallows — added to my list to make soon! 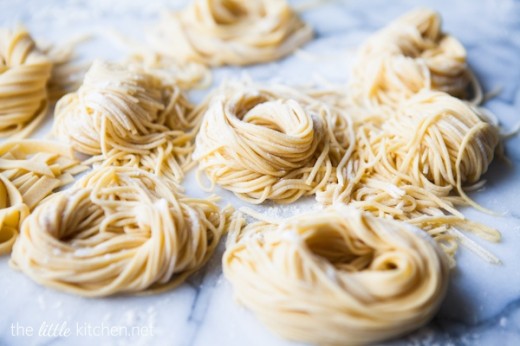 On my list of five things I’m scared to make last year. I feel kinda dumb about this one. It’s so easy to make. I can’t imagine doing that hard kneading by hand. 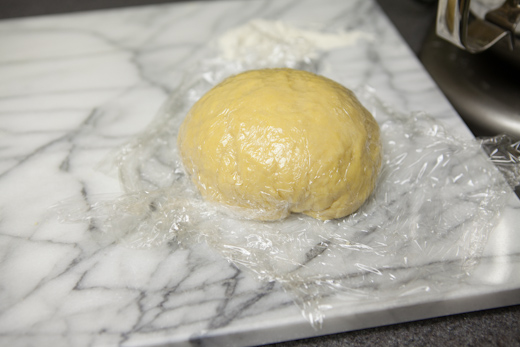 I make the dough first in the bowl of the stand mixer, let it rest and then use the KitchenAid pasta attachments. You don’t have to use the attachment but I don’t think I could ever make pasta without it!

PS I made a nifty video earlier this year to show you how super easy it is to make homemade pasta! 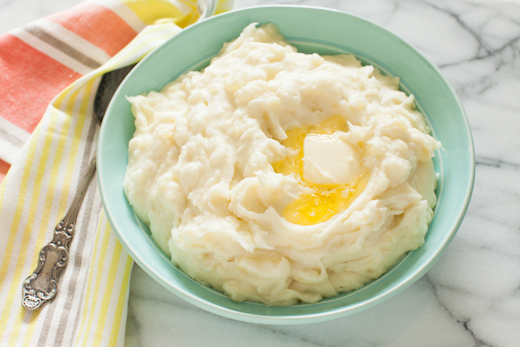 Besides making frosting and making cookie dough, did you know that you can use your stand mixer for short cuts in the kitchen? Mashing potatoes is one of them. 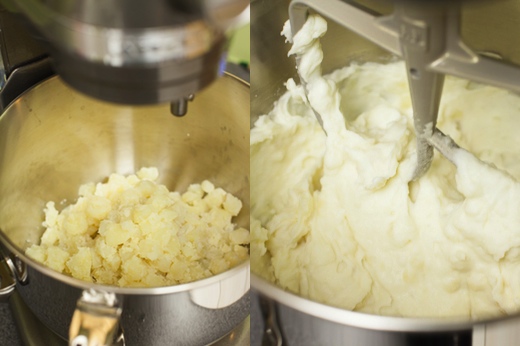 Boil diced potatoes in salted water and drain. After draining, I put them back on the stove in the original pot and sit for at least 15 minutes on low. Throw 4 tablespoons of butter into your stand mixer bowl and put in the potatoes. Pour as much milk in as you want and give it a whirl. You can make them as smooth or as chunky as you want. It’s super quick and my go to way to make mashed potatoes now. 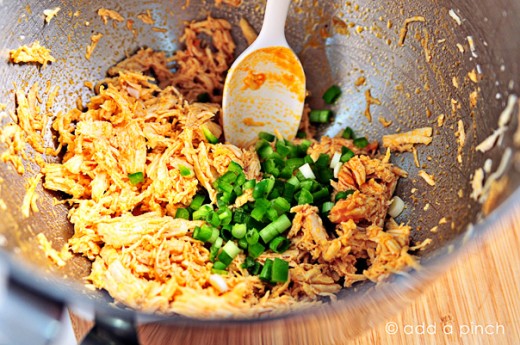 Photo by Robyn from Add a Pinch

Be sure to check out Robyn’s recipe for Jalapeno Buffalo Chicken Bites!

Other things you can make with your KitchenAid® Stand Mixer:

I love love my KitchenAid® Stand Mixer so much, I can’t imagine a kitchen without one. I use it sometimes five times a week, sometimes just once a week. It’s one of three appliances that demands a presence on the counter of my little kitchen and that says a lot! Not only is it a lifesaver, I love that it’s easy to clean. And for my Artisan® Series 5-Quart Tilt-Head Stand Mixer, I love the glass bowl! I have three KitchenAid® Stand Mixers…does that mean I have a problem?

Tell me, what do you like to make with your KitchenAid® Stand Mixer? 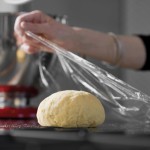 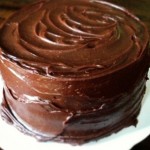 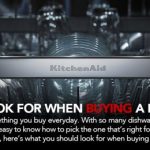 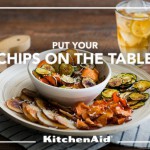 How To: Homemade Garlic Parmesan Chips