THIS CONTEST IS ONLY OPEN TO RESIDENTS OF CANADA AND IS GOVERNED BY CANADIAN LAW.  By entering this Contest, entrants agree to abide by these Official Rules. The decisions of the independent contest organization with respect to all aspects of the Contest are final.  The Contest is in no way sponsored, endorsed or administered by, or associated with Twitter.  You understand that you are providing your information to Whirlpool Canada LP and not to Twitter.  The information you provide will only be used to administer the Contest in accordance with the Whirlpool Canada LP privacy policy located at www.kitchenaid.ca.

Twitter is completely released of all liability by each entrant in this Contest.  Any questions, comments or complaints regarding the Contest must be directed to Whirlpool Canada LP and not Twitter.

1.     ELIGIBILITY:  To enter the Contest, you must be a legal resident of Canada and be at least the age of majority at time of entry in the Province or Territory in which you reside and not be an employee of the Sponsor, its affiliated companies or agents, their respective advertising or promotional agencies, its media sponsors, or the third parties engaged by the Sponsor to assist it in administering the Contest or a member of any such employee’s immediate family (regardless of where they live) or persons with whom they are domiciled (whether related to the employee or not).  In these Rules, “immediate family” includes mother, father, brothers, sisters, sons, daughters, partner and/or spouse.  The Sponsor shall have the right at any time to require proof of identity and/or eligibility to participate in the Contest. Failure to provide such proof may result in disqualification. All personal and other information requested by and supplied to the Sponsor for the purpose of the Contest must be truthful, complete, accurate and in no way misleading. Sponsor reserves the right, in its sole discretion, to disqualify any entrant should such an entrant at any stage supply untruthful, incomplete, inaccurate or misleading personal details and/or information.

No purchase necessary. Participants may enter the contest by earning “Ballots” in the contest:

a. “Tweet” during the Contest Period using the Hashtag #ChoppedCanada and the Twitter handle @KitchenAid_CA. You earn one Ballot per eligible tweet you send; there is no limit to the number of ballots you can earn this way. To be eligible, you must be following @KitchenAid_CA and your tweet must:

i.          Be in accordance with the specific Submission Requirements listed below in Rule 3

iii.        Include the Hashtag #ChoppedCanada and the @KitchenAid_CA Twitter handle

The Contest Sponsor and members of KitchenAid & Chopped Canada Twitter Contest Team reserve the right, in their respective sole and absolute discretion, to require proof of identity and/or eligibility (in a form acceptable to the Contest Sponsor or the KitchenAid & Chopped Canada Twitter Contest Team – including, without limitation, government issued photo identification) to participate in this Contest.  Failure to provide such proof in a timely manner may result in disqualification, at the sole and absolute discretion of the Contest Sponsor.

BY SUBMITTING A TWEET, YOU AGREE THAT THE TWEET COMPLIES WITH ALL CONDITIONS STATED IN THESE RULES AND THE TWITTER TERMS OF SERVICE AND TWITTER RULES.  THE RELEASED PARTIES (DEFINED BELOW) WILL BEAR NO LEGAL LIABILITY REGARDING THE USE OF ANY TWEET YOU SUBMIT.  THE RELEASED PARTIES (DEFINED BELOW) SHALL BE HELD HARMLESS BY YOU IN THE EVENT IT IS SUBSEQUENTLY DISCOVERED THAT YOU HAVE DEPARTED FROM OR NOT FULLY COMPLIED WITH ANY OF THESE RULES.

is original to the entrant;
will not violate any law, statute, ordinance or regulation;
will not infringe the copyright, trade-mark or other intellectual property rights of any third party;
will not give rise to any claims of infringement, invasion of privacy or publicity, or infringe on any rights and/or interests of any third party, or give rise to any claims for payment whatsoever; and
will not be defamatory, trade libelous, pornographic or obscene, and further that it will not describe, imply, depict, discuss or involve, without limitation, any of the following:
(i)     Nudity;

(vi)  Content that endorses, condones and/or discusses any illegal, inappropriate or risky behaviour or conduct;

vi.      Will not contain commercial messages, comparisons or solicitations for products or services other than products of the Contest Sponsor;

vii.     Will not encourage conduct or other activities in violation of these Rules;

viii.    Will not contain any other content that is or could be considered inappropriate, unsuitable or offensive, all as determined by the Contest Sponsor in its sole and absolute discretion; and

ix.      Will not discredit the KitchenAid brand and/or product in any way (each of the foregoing conditions being a requirement for eligibility of a Tweet under these Rules)

A total of two (2) Prizes are available to be won (each a ‘Prize’). There are two (2) Prizes consisting of a Frosted Pearl KitchenAid® 5-Qt (4.73 L) Architect Series Tilt-Head Stand Mixer (KSM150AGBFP) (valued at $599.99 MSRP†) and a KitchenAid® Juicer and Sauce Attachment (KSM1JA) (valued at $249.99 MSRP†). Each Prize must be accepted as awarded without substitution, is not transferable, assignable, not for resale and has no cash surrender value (in whole or in part).  Fulfillment of each Prize is based on availability and the Sponsor reserves the right, in the event that a Prize cannot be awarded as described for any reason, to substitute another prize of equal or greater value, without liability.   Prize includes delivery to one location in Canada.

Prize 2: Selected entrant of the Second entry drawn from all eligible entries will be eligible to win a KitchenAid® Juicer and Sauce Attachment.

Odds of winning are dependent upon the number of eligible entrants.

No communication will be entered into except with the selected entrants who will be notified via private Twitter message within 3 hours of the close of the contest.  If the selected entrant (a) does not respond to the  Twitter message within three (3) business days of notification (b) fails to correctly answer the skill testing question (see rule 6); or (c) fails to return the properly executed Release Form within the specified time (see rule 6), then he/she will be disqualified and another entrant will be selected by the same process until such time as a winner is declared or there are no more eligible entries, whichever comes first.  The Sponsor will not be responsible for failed attempts to contact a selected entrant.

6.     In order to win a Prize, the selected participant must correctly answer, unaided, a time-limited arithmetical skill-testing question to be administered by email.  The selected entrant will also be required to sign a Declaration and Release Form (the “Release Form”) confirming compliance with the Rules, acceptance of the Prize as awarded, without substitution, and releasing the Sponsor, its dealers, agents, affiliated and related companies, advertising and promotional agencies and their respective shareholders, directors, officers, employees, agents, dealers, representatives, successors and assigns (collectively, the “Releasees”) from any liability arising out of or in any way connected with the operation of this Contest and use of the Prize and return it to Sponsor within 14 days of its receipt. The Prize winner assumes all liability for any injury or damage caused, or claimed to be caused, by participation in this Contest or use or redemption of the Prize and from and against any and all claims. The Release Form must be returned within the time period specified on the Release Form or the Prize may be forfeited.  Upon receipt, Sponsor, or its representative, will inform each winner of details related to how the winner will receive the Prize.

7.     The Releasees shall not be liable for any damages caused or alleged to be caused by or resulting from any entry, Prize or other correspondence or data that is lost, stolen, late, garbled, distorted, delayed, damaged or misdirected for any reason, including but not limited to: (i) any failure, interruption, technical malfunction or delay; (ii) any e-mail, text or other communication sent or received to or from the Sponsor or any of its agents or designees, for any reason; (iii) for any incorrect, untimely or inaccurate information, whether caused by the website where this Contest was featured, users or by equipment or programming errors associated with or utilized in the Contest; (iv) any technical or human error which may occur in the processing of any entry or entries in the Contest; for problems with the function of any website or website feature, howsoever caused; (v) the malfunction of, or damage caused to, any telephone network or lines, computer equipment, data, software, online systems, servers or access providers; (vi) any functionality lost due to not having cookies enabled; (vii) for traffic congestion on the Internet; (viii) the security or privacy of information transmitted via computer networks; (ix) breaches of privacy due to interference by third party computer “hackers” or for any damage caused to or incurred by any entrant or any other person by reason of any such event or occurrence; or (x) technical, hardware or software failures of any kind, lost or unavailable network connections, failed, incomplete, garbled or delayed computer transmissions including lost, misappropriated or corrupted entries, virus, worm or Trojan Horse damage or any other damage which may limit a participant’s ability to participate in the Contest.

8.     By entering the Contest, each selected entrant hereby grants to the Sponsor the unlimited right (but not the obligation) to publish and use, without payment or other compensation and without notice, consent or approval, his/her name, photograph and likeness, address (city/town, province or territory), voice, and the whole or part of any statement or statements he/she has made or makes about the Contest or Prize awarded in any publicity, program or advertising, without geographic limit and in perpetuity, in any medium now known or hereafter devised (including, without limitation, the Internet), and hereby consents unconditionally to any such publication or use without further notice, consent, approval or compensation.

11.  The Sponsor reserves the right to cancel or suspend this Contest or change these Rules for any reason, at any time, at its sole discretion, without notice to participants, including but not limited to lack of entrants, a virus, bug or other cause beyond the reasonable control of the Sponsor corrupting the security or proper administration of the Contest.

12.  All entries become the permanent property of the Sponsor and none will be returned.  No correspondence will be entered into, except with the selected entrants.  The Contest is subject to all applicable Canadian federal, provincial and local laws and regulations. This Contest is VOID WHERE PROHIBITED BY LAW AND IS EXPRESSLY NOT OPEN TO PARTICIPATION BY RESIDENTS OF ANY JURISDICTION OTHER THAN CANADA.

®/™© KitchenAid 2015. Used under license in Canada. All rights reserved.

No purchase necessary. Contest begins February 28, 2015 at 9:00 p.m. EST and closes February 28, 2015 at 10:00 p.m. EST.  Enter Contest online at https://twitter.com/KitchenAid_CA. Limit one (1) Ballot per tweet. A total of two (2) Prizes are available to be won, including a Frosted Pearl KitchenAid® 5-Qt (4.73 L) Architect Series Tilt-Head Stand Mixer (KSM150AGBFP) (valued at $599.99 MSRP†) and a KitchenAid® Juicer and Sauce Attachment (KSM1JA) (valued at $249.99 MSRP†). In order to win, a mathematical skill-testing question must be answered correctly.  Odds of winning a Prize are dependent upon total number of eligible entries received as of February 28, 2015 at 10:00 p.m. EST.  Whirlpool Canada LP (the “Sponsor”), at its option, may substitute the Prize if unavailable, or cannot be awarded for whatever reason, for equivalent value. Visit http://blog.kitchenaid.ca for full contest rules and regulations. 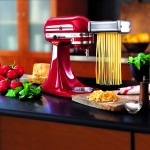 Everything to Know About buying a KitchenAid® Stand Mixer 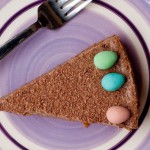 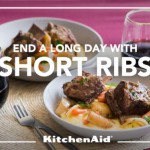