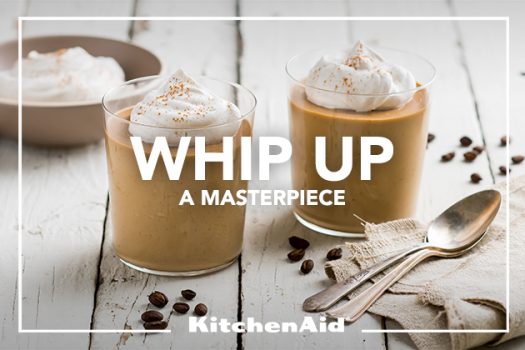 Manual pour over coffee is the new hot thing in entertaining. Not only does it make the most impressive cup of coffee, but its rich flavors also impact coffee flavors when used in cooking and making desserts! 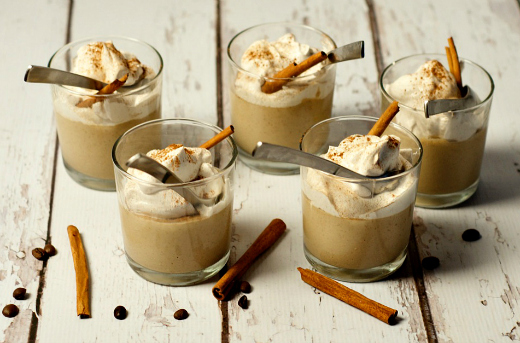 I love entertaining and ending the party with a delicious cup of coffee. So when KitchenAid gave me the challenge of creating a coffee pudding recipe using their KitchenAid® Pour Over Coffee Brewer, I couldn’t wait to complete this challenge so I could serve this dessert to our guests, along with a robust cup of coffee! 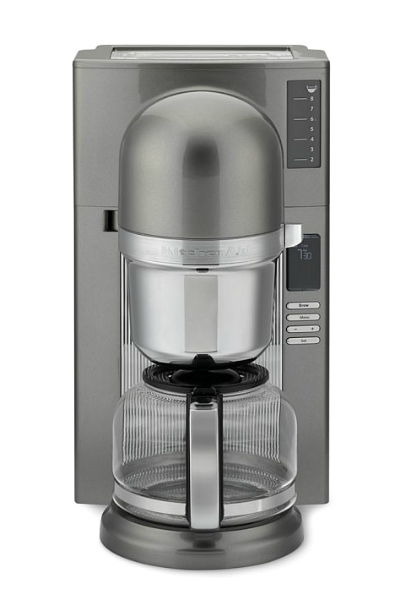 At past dinner parties, I’ve stood in the kitchen making French press coffee, missing out on quality time with our guests. But with this new KitchenAid® Pour Over Coffee Brewer, this type of similar brewing has given us the richest coffee flavor in only a few minutes, allowing me to leave the kitchen and focus on preparing the dessert while the coffee is brewing.

When you’re the hostess, you have to juggle many tasks in the kitchen!

There are a lot of details that go into making quality pour over coffee, such as proper water temperature, brewing time, and how the coffee is (slowly) pulsed into the brew basket. It’s all about extending the extraction time, which KitchenAid has figured out, in this new, beautiful machine. 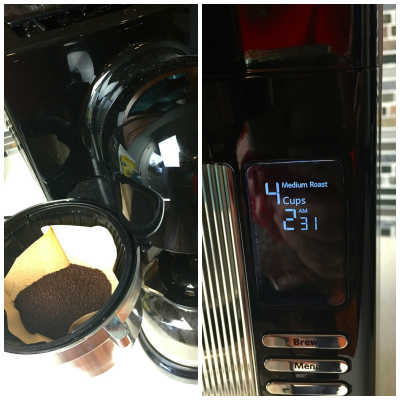 Unlike drip coffee makers that continuously flood the brew basket, the KitchenAid® Pour Over Coffee Brewer precisely heats and pulses the flow of water, steeping in the same manner as the manual pour over process, allowing the grounds to bloom for the appropriate amount of time.

Additional features include one-touch medium and dark roast settings, which allow you to adjust the brewing temperatures higher and lower, to accommodate different roasts. You can also choose to make from 2-8 cups, while reserving the remaining water in the tank for future use. 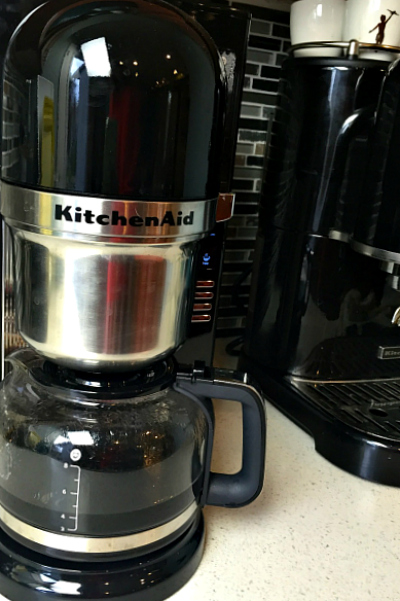 Plus, I love how it looks on the counter. I’ve served more cups of coffee to drop-in-guests as of late because I’ve been so confident in my coffee making skills. Every hostess wants to make good coffee!

I also love the premier quality of flavor, using our favorite Storyville Coffee beans, which give me confidence as a hostess that every cup of coffee served will be the very best. 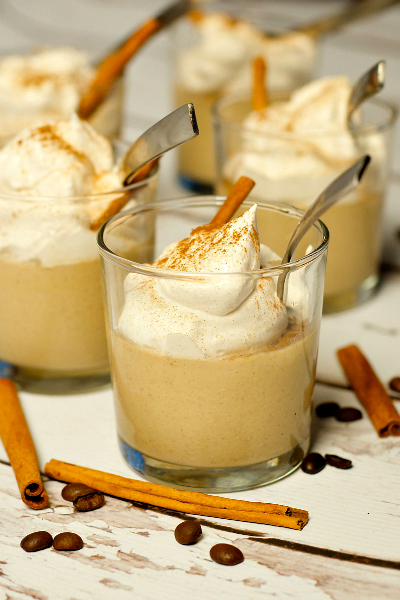 The brewed coffee also gave my Coffee Pudding a more distinct and flavorful coffee taste, even more nuanced with the Spiced Whipped Cream on top, dusted with a light cinnamon!

To make the Coffee Pudding, first brew the coffee. 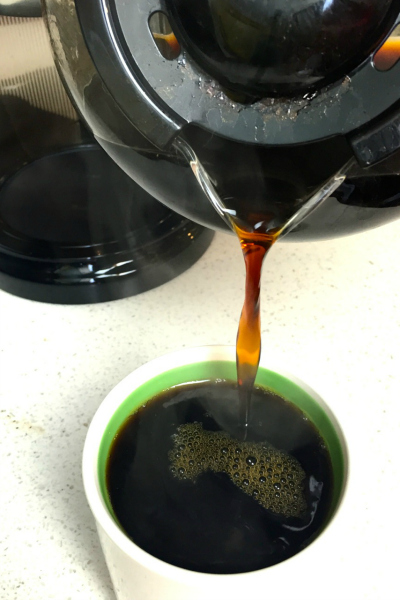 Then make the dried mixture. 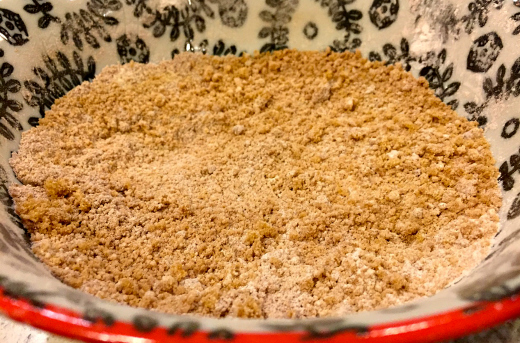 Add coffee to the cream mixture. 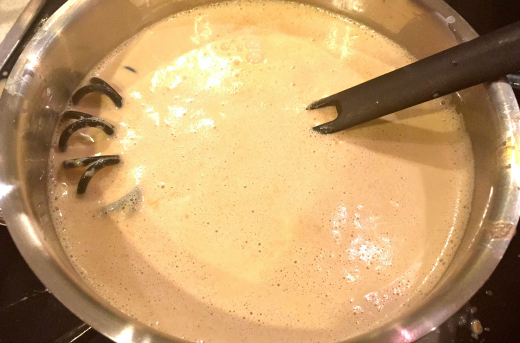 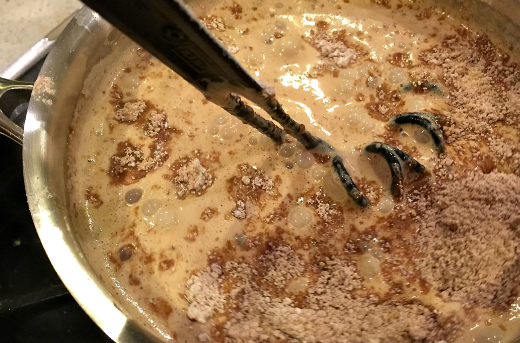 Garnish with dusted cinnamon and a cinnamon stick. 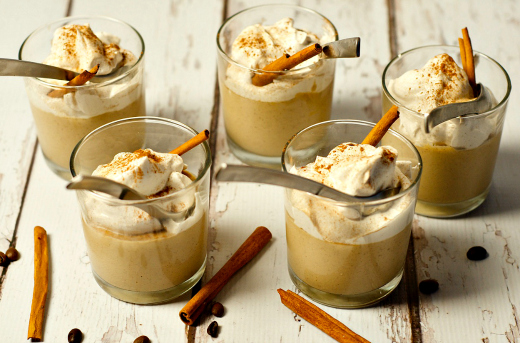 Let’s just say that this dessert was the hit of the party!

In a medium saucepan, combine 3 cups of cream and the brewed coffee. Bring to a boil and then simmer for about 2 minutes, stirring constantly.

In a small bowl, combine the cornstarch, salt, brown sugar, and 1 teaspoon cinnamon. Mix well, using the back of a fork to get any lumps out of the mixture.

Add the dry mixture to the cream and coffee; bring to a boil whisking for about 1 minute. Turn off the heat.

Pour the pudding in to 8 cups or ramekins (about 1/2 cup in each serving). Cover each dish with plastic wrap to prevent a skin from forming on top. Refrigerate until the pudding is set and cooled, about 3 hours.

In the meantime, in a small bowl, whip the remaining 1 cup of whipping cream, adding the powdered sugar, nutmeg, and 1/4 teaspoon cinnamon at the very end as it stiffens.

Serve each pudding dish with a dollop of whipped cream on top. Garnish with a cinnamon stick and light cinnamon dusting!

Note: This recipe could also be made one day in advance. 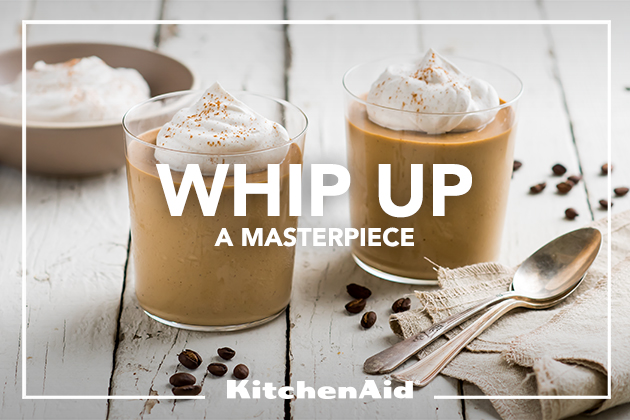 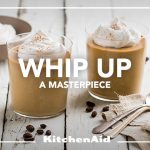 The KitchenAid® Pour Over Coffee Brewer combines the flavor and control of the manual pour over process with the programmability and convenience of a traditional coffee maker. 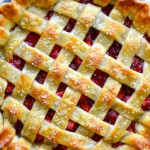 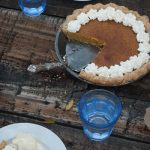 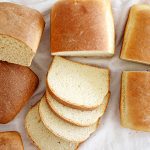 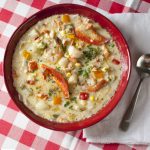 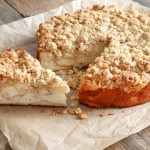