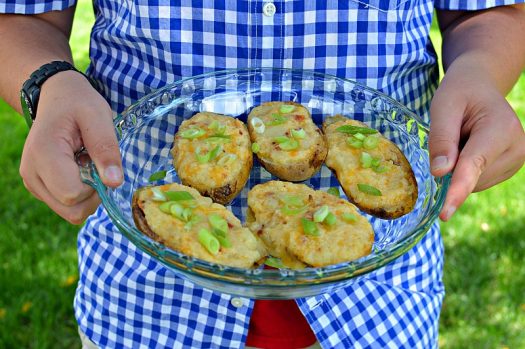 When my teenage sons were young they used to love spending time in the kitchen cooking with me. Somewhere around age ten, the interest waned in favour of hanging out with their friends, something I completely expected as they entered the pre-teen years. I didn’t push them to continue cooking with me because, as we all know, the more you force kids to do something, the less likely they are to want to do it, and I certainly didn’t want cooking to fall into that category. So, I exempted them from their culinary duties for a few years while they grew up, and designated other household jobs to them, yet welcomed them into the kitchen with open arms if they decided they wanted to be part of a baking project or other kitchen creation I was working on.

Now that they are on track to being the biggest people in our home (and currently eat more than my husband and I combined), I’ve decided it’s time to get them back into the kitchen so they can learn to feed themselves the food required to keep them satiated and satisfied. This summer they’ve been in charge of various meals, and because they are home on their own a little more often than they used to be, they’ve been using the KitchenAid®  Convection Digital Countertop Oven in lieu of our regular oven as they are more comfortable with this countertop appliance when there isn’t an adult at home. Delivering full-size oven performance on the countertop, I’m thrilled that my kids can create a nutritious and delicious meal for themselves and their friends without the need for parental supervision. 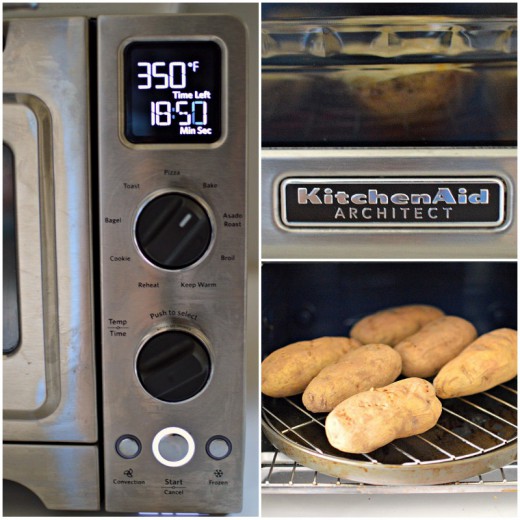 Part of keeping my kids interested in cooking is teaching them to make the foods they want to eat. They’ve already mastered crunchy baked chicken wings (just as tasty but much healthier than the traditional deep-fried variety) and now we’ve added twice baked potatoes to their countertop-cooking repertoire.

The beauty of this type of potato dish is that they can be made in advance and stored in the freezer until needed. The potatoes can be baked in the KitchenAid® Convection Digital Countertop Oven, a mostly hands-off activity, and once filled with the cheesy mashed potato mixture, they can be returned to the oven to be baked for a second time, or frozen and saved for another day. My kids like to come home, pull them from the freezer and pop them in the stainless steel countertop oven when they’re looking for a late afternoon snack. I’m thinking this will be perfect once they’re back in school and they come home looking for something filling after football and/or hockey practice, or when they’re in need of a late night study snack. 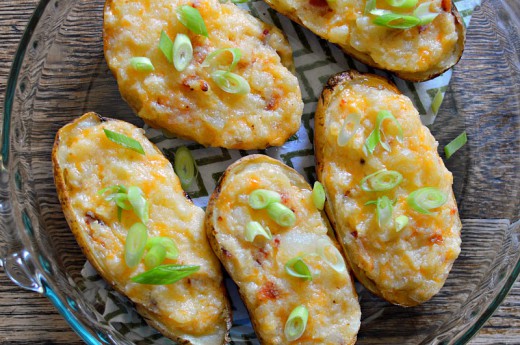 Place the potatoes on the KitchenAid® Convection Digital Countertop Oven baking pan. Rub them with the canola oil, pierce them a few times with a fork, and bake for 45-60 minutes, making sure a knife can slide easily into the centre of the potatoes.

While the potatoes are baking, combine the softened butter, crumbled bacon and sour cream in a large mixing bowl.

Remove the potatoes from the oven and allow them to cool enough so that they can be handled. Lower the oven heat to 350°F.

With a sharp knife, cut each potato in half lengthwise. Scrap out the insides, taking care not to tear the shell, and add them to the mixing bowl. Place the hollowed out potato shells back on the baking pan.

Mash the potatoes into the butter mixture. Add the cheeses, milk, salt and pepper and mix together well. (If you plan to freeze the twice-baked potatoes you can do so at this point – turn the oven off and place the potato shells in an airtight container).

Fill the shells with the filling, heaping it so they look full. Top each potato with a little extra cheese and bake for 20-30 minutes or until completely warmed through. Top with sliced green onions and serve warm. 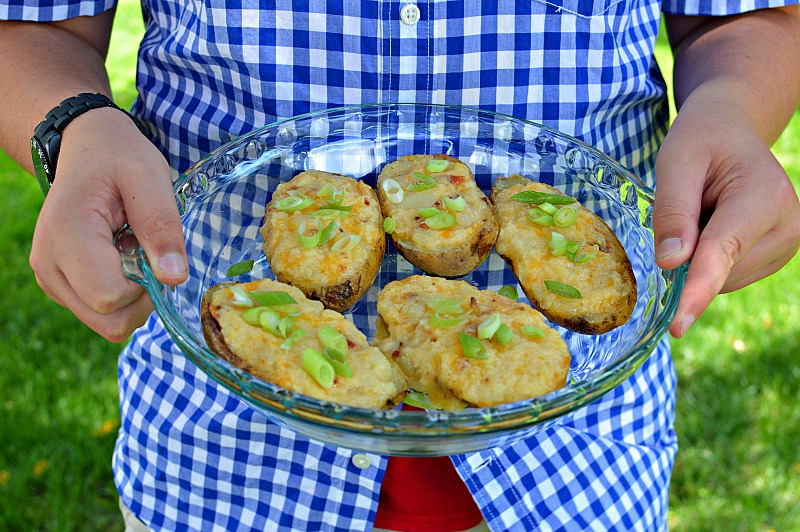 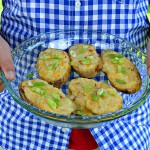 Powerful cooking elements give you the ability to bake, broil, roast and toast up to 450° F—just like a big oven. And, the large capacity easily accommodates everything from a full roast chicken to two 12-inch pizzas. 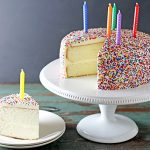 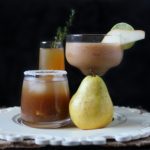 Cocktails and Mocktails with Pear Puree 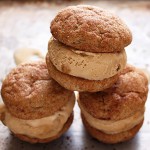 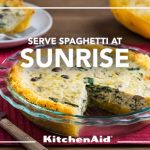 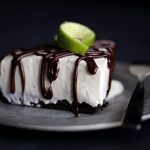 BRUNCH RECIPES FOR A CROWD